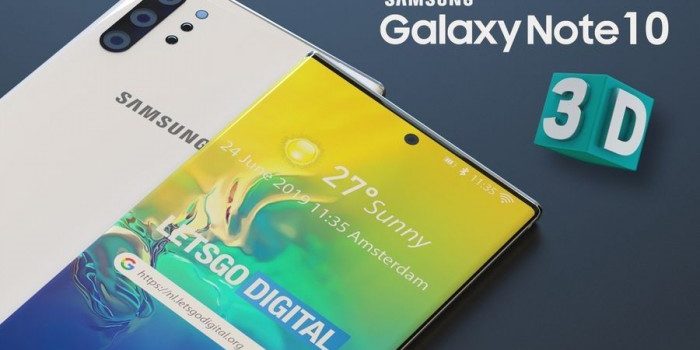 Samsung officially released the Galaxy Note 10 series in New York, USA on the morning of August 21, 2019, including Galaxy Note 10 and Note 10 Plus. It is worth mentioning that in terms of camera configuration, Galaxy Note 10 Plus has four cameras, including a 12-million-pixel wide-angle camera, a 16-million-pixel 123- degree super wide-angle camera, a 12-million-pixel telephoto camera and a 3D depth camera. ToF (Time-of-Flight) lens are added to Galaxy Note 10 Plus for 3D scanning. The Depth Vision camera embedded in Note10 Plus uses ToF technology. The ToF scan measures the distance between the camera and the object by recording the time it takes for the infrared beam to reflect back to the camera. This light pulse is then used to capture and map the depth of the scene. In Note 10 Plus, the Depth Vision camera can capture a range from 10*10*10cm to 80*80*80cm with two sensors.

Samsung demonstrated 3D scanning technology at the Note 10 launching event. In order to use 3D scanning on Note 10 Plus, users need to download the 3D scanner application from Samsung App Store. At the launching event, Samsung’s Depth Vision camera was used to scan the “Bobby” plush toy. The 3D scanner application includes a circular guide on the screen that instructs users to keep the item in that area of the phone and helps them point the camera in the best direction for 3D scanning. Once the user walks the entire circle around the object and captures all angles, the phone generates a 3D model of the object. At the time of launching, Samsung explained that scanning can also be used to make a copy of an object in a 3D printer and convert it to an animated GIF file. 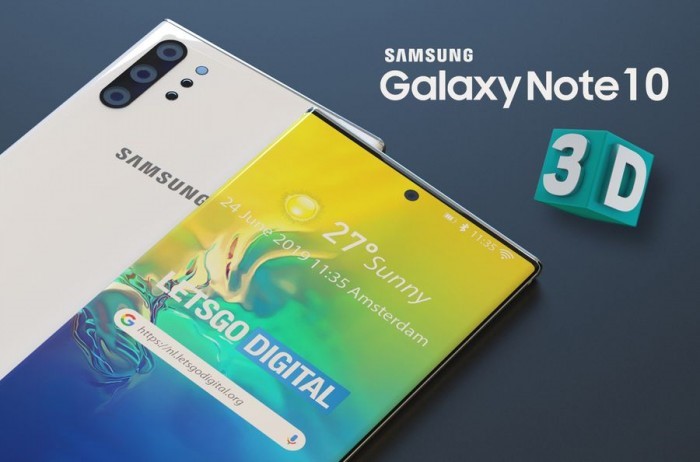 The Integration and Progress of 3D Technology and Smartphones

Samsung CEO DJ Koh said, “From the beginning, Galaxy Note represents the best technology and features of Samsung mobile phones. Galaxy Note 10 got the best feedback from loyal fans over the years. Using Galaxy Note10 will make you feel that the smartphone experience has been upgraded to a new level.

As an emerging company in 3D imaging industry, Revopoint 3D, with strong technological background, is working on applying 3D depth cameras to various industries. Faced with the trend of smart phones and 3D scanning integration, Revopoint 3D presents products that stand out in this field. More and more smartphone brands are focusing on camera as a competitive condition. Applying 3D scanning technology to smartphone has also become a new opportunity for Revopoint 3D.