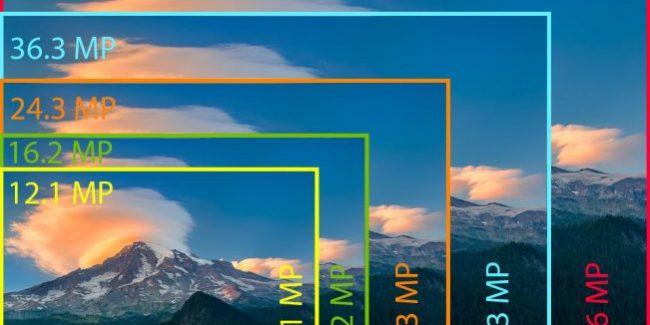 You must have heard a million times about resolution of smartphones or photos. Every time a new smart phone is released, camera setup and resolution are always one of the highlights. On Sept. 24, China’s smartphone company Xiaomi unveiled a concept phone MIX Alpha, boasting an unprecedented 108MP ultra-clear camera, able to shoot 12032 x 9024 resolution photos. The numbers sound huge but you may have no idea of what they represent.

To find out what’s behind the numbers, the concept of “pixel” and “resolution” has to be explained. Pixel is the smallest controllable element of a picture represented on the screen. These tiny dots are combined to form an image on computer displays. Resolution usually refers to display resolution and image resolution. According to Wikipedia, display resolution, or screen resolution, is the number of distinct pixels that can be displayed on a screen. It is often expressed in terms of the number of pixels contained on a display monitor in horizontal and vertical axes. Say the resolution of a TV screen is 1920 x 1080, it means 1920 horizontal pixels and 1080 vertical pixels can be displayed on the screen. Image resolution refers to the detail an image holds, or the number of pixels in an image. A digital image that is 2048 pixels wide by 1536 pixels high has a resolution of 2048 x 1536. Multiplying the two numbers produces 3,145,728 pixels, roughly 3 million pixels, so it’s also called a 3 MP (megapixels) image. 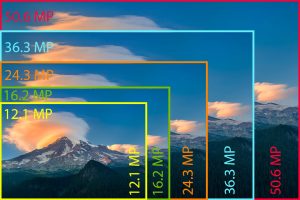 Since resolution defines the number of pixels a camera’s image sensor can record, higher resolution means more pixels, in other words, more details and clarity of the image. If neglecting sensor quality and the influence factors during the imaging process, camera with higher resolution do produce better image quality, which is true for both 2D and 3D cameras. Looking at 3D camera market, leading producers like Orbbec offer resolution of 1280 x 720. New comers like the US startup company Revopoint’s are sharpening its 3D sensors in respect of resolution. Its Acusense 3D depth camera can output RGB resolution and depth resolution up to 1280 x 800, that means clearer and more accurate 3D data. Image quality is what all consumers desire, and it’s also a competitive selling point, so it’s expected that 3D camera producers will follow the suit of the ambitious smartphone companies to chase after higher resolution, or more customers.