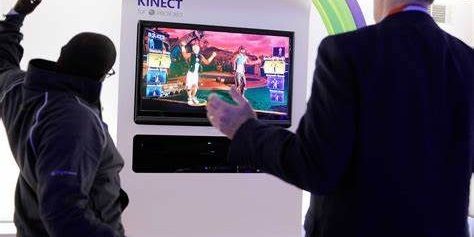 Kinect is a line of motion sensors first released by Microsoft in June 2010, initially developed as an add-on for Xbox 360 gaming console and Windows PC. It enabled users to control and interact with their console/computer using gestures and spoken commands. In Nov. 2014, the second-generation Kinect was released to replace the old Kinect 1. In February this year, Microsoft launched Azure Kinect DK, a tinier sensor for developers and business. 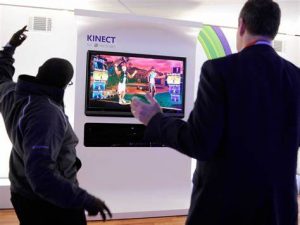 Kinect 1 and Kinect 2 look almost the same, comprised of a black flat box with camera, projector and microphone array, a motorized tilt, and a cable plugged into a PC or console. Kinect 2 transcends the old version with better resolution and user experience. Kinect 2 offers RGB resolution of 1920×1080 pixels compared with 640×480 of Kinect 1, and the depth resolution also rises from 320×240 to 512×424. The new version also supports longer playing range and more participating players.

With the sensor, players can play games like Kinect Sports with their body rather than any controller. This is how it works: IR light is projected to acquire depth map of the environment, and the cameras capture player’s motions, the software would detect and map the motions to models representing the player’s skeletal structure and body shape.

Kinect 1 adopts light coding method, which is one type of structured light technique, by projecting modulated IR pattern onto the scene, and acquires depth image according to the deform of the pattern. But different from traditional regular structured light pattern, the IR light projected by Kinect 1 CMOS sensor is not regular patterns but random laser speckles, which help to mark the space and position the object. While Kinect 2 turns to ToF solution by calculating the time span between the projected light pulse and the returned light to obtain distance information. Due to short range limitation of structured light technology, Kinect 1 only detects motions of two users, but for Kinect 2, thanks to longer range, the number of users detected goes up to 6. In addition, as ambient light would interfere with projected structured light pattern, Kinect 1 is unstable when used in some conditions. But its not a problem for Kinect 2, which is not constrained by light conditions, so it’s more flexible. The latest Azure Kinect uses the same 3D technology as Kinect 2, but with much higher resolution.

In terms of motion capturing, ToF is surely a better solution compared with structured light, but the latter has its exclusive strengths for users asking for higher accuracy, such as face recognition and robot navigation. The American 3D technology company Revopoint has been developing highly accurate 3D scanner and depth camera with its proprietary structured light technology. Its 3D products can offer accuracy up to 0.1mm, and image resolution as high as 8 million pixels. Revopoint’s 3D camera is designed to be portable, fast and easy to use, versatile in lots of scenarios. Above all, it’s cost effective compared with some expensive counterparts.