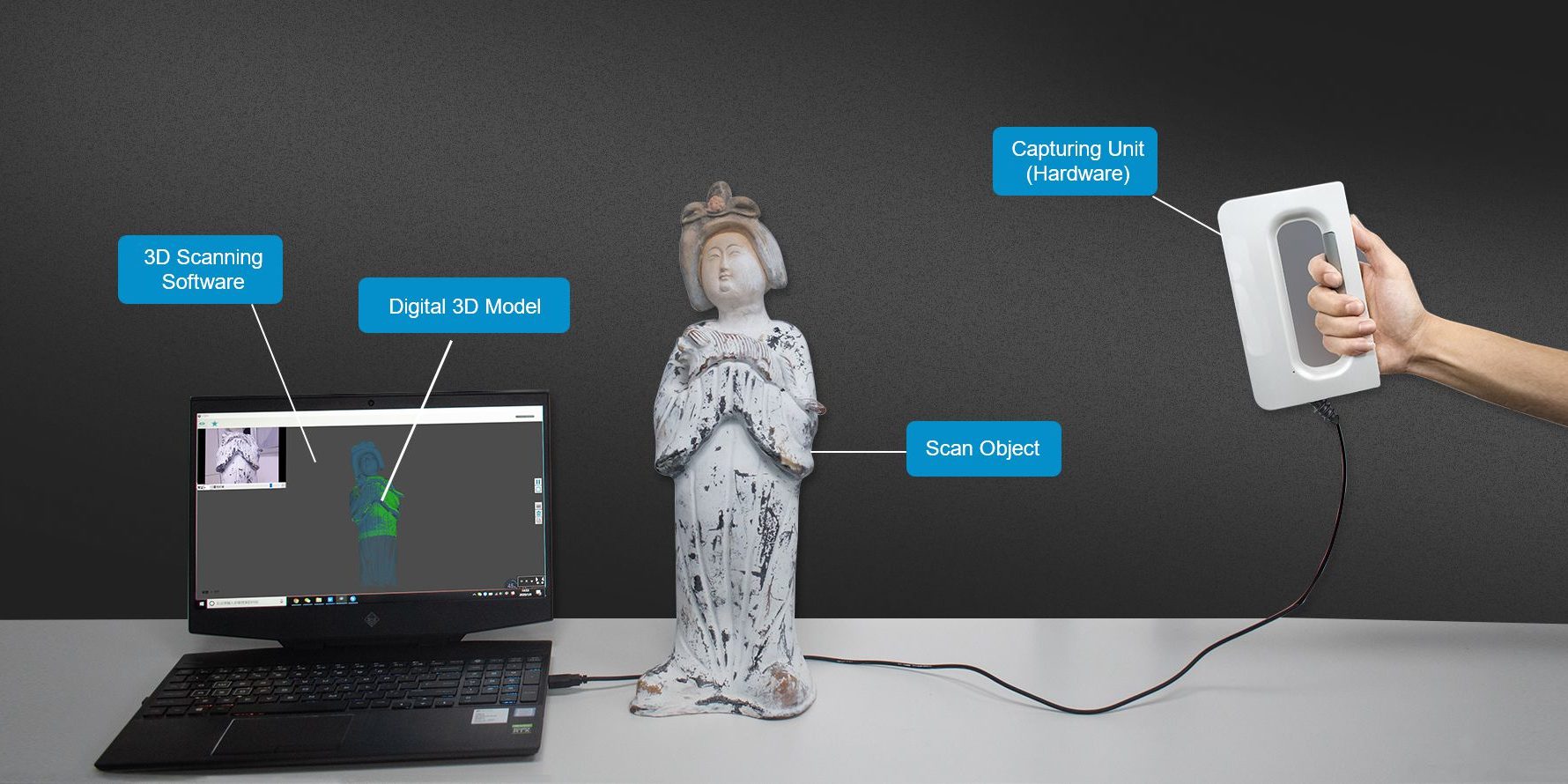 The integral part of the scanner hardware includes a projector and camera(s). The projector emits coded light patterns onto the object in the form of strips or dots, which would become deformed when the light strikes onto the object’s surface. After the projection, it’s the camera’s job to capture the deformed image. A handheld 3D scanner may contain 1 or 2, or even more cameras. Handysense has 3 cameras, including two color cameras, responsible for capturing the 2D color image, and one depth camera to obtain depth data. 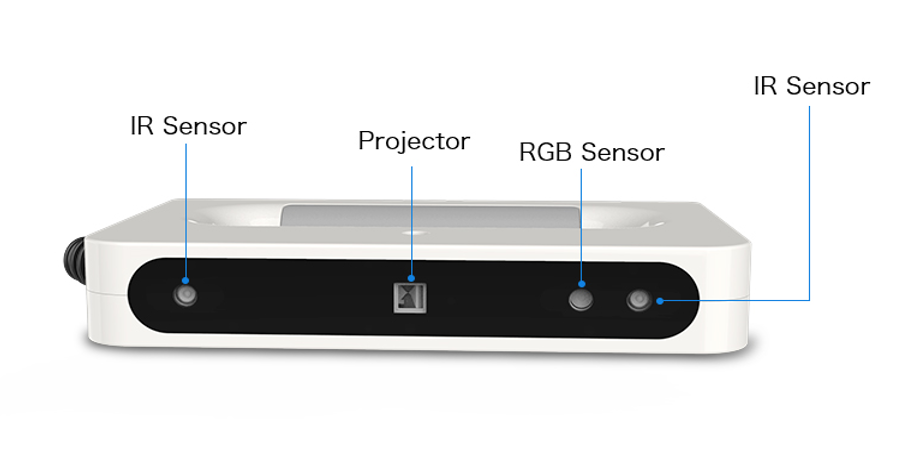 3D scanning software is a tool that controls the entire scanning operation, from scanning the physical object to processing the digital 3D model. When the deformed image is captured, it is transferred to the 3D scanning software. The depth and surface information of the object would be calculated based on the software’s algorithms and triangulation method. The final output is a digital 3D model, containing valuable information such as dimension, surface characteristics, and geometric information about the physical object.

A structured-light 3D scanner can only take 3D images within its field of view, therefore, in order to create a complete 3D model of an entire object, scans have to be taken for multiple times at different angles. The scans are then stitched, merged, and cleaned up to form a complete data.

Handheld 3D scanners are portable and versatile in scanning from small to large-sized objects. It can be used in applications such as reverse engineering, inspection and measurement.

How to make accelerate your design by Revopoint POP 3D scanner？
October 20, 2021