An Introduction of 3D Scanning and 3D scanners 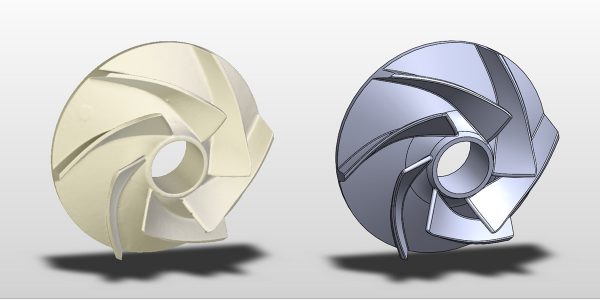 3D scanning is the process of analyzing real-world object or environment to collect data on its shape and color. The data collected contain the distance information of the object/scene, and can be used to construct digital 3D models. 3D scanner is an imaging device that creates 3D models. Like cameras, 3D scanners can capture clear surface information of objects or scenes within its field of view, but cameras collect color information while 3D scanners collect distance information. Unlike a 2D picture captured by cameras, which is made up of pixels, models generated by 3D scanners are composed of data points defining three-dimensional position.

Contact 3D scanners probe objects by physical touch, an example is coordinate measuring machine with arms and sensors. This type of scanners is precise but often large and slow, and may cause modification or damage to the scanned object. Most 3D scanners on the market fall under non-contact type. The non-contact passive type does not emit light themselves, but rely on ambient light. While the active type emits radiation or light onto surface of objects and then detect its reflection so as to probe an object. Commonly used technologies include ToF, triangulation and structured light. Each kind of technologies have their own limitations, and advantages. ToF sensors are able to scan large objects, but the accuracy is not high, so it’s usually used in building scanning, VR or automatic driving. Triangulation method can deliver accuracy as high as tens of micrometers, but in a limited range of meters. Structured light scanners can deliver faster speed and higher precision in relatively short range. For example, Revopoint’s Tanso S1 delivers 3D models with high resolution details and texture in 2 minutes.

3D scanners reconstruct digital data out of real-life objects, which can be later printed out with a 3D printer. 3D scanner’s capability of reconstructing three-dimensional data is unleashing great potentials in a wide range of industries, such as reverse engineering, quality control and orthotics. This technology is also reshaping people’s daily life, for example 3D face recognition for payment and access control, VR and AR games, and DIY 3D printed cultural artifacts.