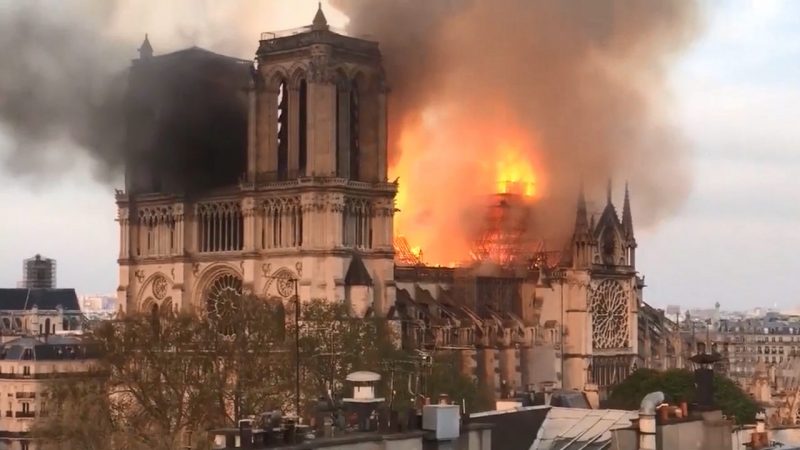 On November 6, a joint declaration was signed by China and France, to start cooperation on restoring the 850-year-old cathedral. In accordance with the declaration, in early 2020, a team of Chinese experts on cultural heritage will arrive in Paris to work together with French conservators.

The medieval Catholic cathedral is considered one of the finest examples of French Gothic architecture. Its vaulted ceilings, enormous and colorful rose windows, as well as the abundant sculptural decoration make it stand out as the most visited site in Paris, attracting millions of tourists every year. The restoration work has attracted attention and suggestions from architects around the world. Many people expressed hope to see the building as it was before the fire, though it’s a daunting task considering the serious damage.

But it’s known that fortunately, in 2015, the art historian Andrew Tallon recorded exquisite details and mysterious clues of the building using 3D laser scanning technique. He swept around the church at more than 50 locations and captured over one billion points of data, which can be cumulated to form a 3D image of the building. Tallon said if the scanning is done properly, the scan accuracy can be “less than five millimeters.” Tallon’s colleague, Prof. Lindsay Cook commented that the old-fashioned measuring tape “is still extremely accurate if you know how to wield it, but laser scanning is a particularly powerful tool”, given the huge amount of data it can collect. It is reported that architects now hope Tallon’s scans may provide a map for the rebuilding.

Still, 3D laser scanning is expensive, Cook acknowledged. She hopes in the future, when 3D laser scanning technology is less expensive, it could be used to replicate more landmarks as a preventative measure. But that day seems not far away, as more companies are working on better and more cost-effective 3D imaging technology, for example Revopoint 3D, which provides accurate 3D camera at low cost since it independently developed the core techniques. It is said that the company is working on launching 3D cameras with higher reliability and performance, above all, less cost.

The Best Handheld 3d Scanner That You can Buy Right Now
August 13, 2021