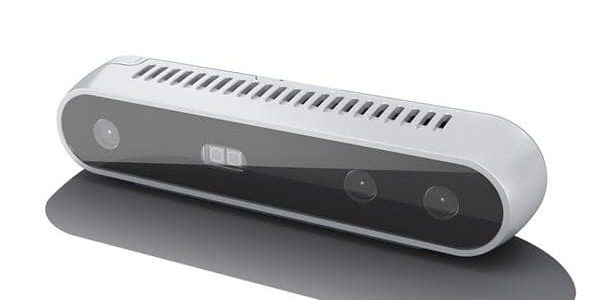 On January 19, 2018, Intel announced the update of the RealSense deep camera product line, bringing two new products: D415 and D435. According to Intel, the new depth camera is ideal for hardware prototype designers and software developers. The two RealSense D400 series cameras can capture a range up to 10 meters, and can be used outdoor. Both D415 and D435 support depth images with resolution of 1280×720 and frame rate up to 90fps for video transmission.

About a year later, a California-based startup company Revopoint launched a lightweight and high-accuracy 3D depth camera Acusense. According to Revopoint, the camera can offer accuracy of 0.5mm at a distance of 50cm, at closer range, the accuracy can be higher. The RGB resolution is up to 2560×1600, and depth resolution is 1280×800. Acusense is developed to be used alone, or integrated into robots thanks to the small form factor.

The Realsense and Acusense camera are both used to detect depth information with the 3D technologies they are using. Realsense adopts active IR stereo technology, which mimics the how human eyes works, and calculates the object position captured by the left and right sensors using triangulation method. While Acusense adopts structured light technology. A known pattern is projected onto the surface of the object, the deformed pattern will bounce back and be recorded to get the depth information. The two technologies result in different, use environment, depth range and imaging effect. The following table shows a comparison of Realsense D415 and Acusense specifications. 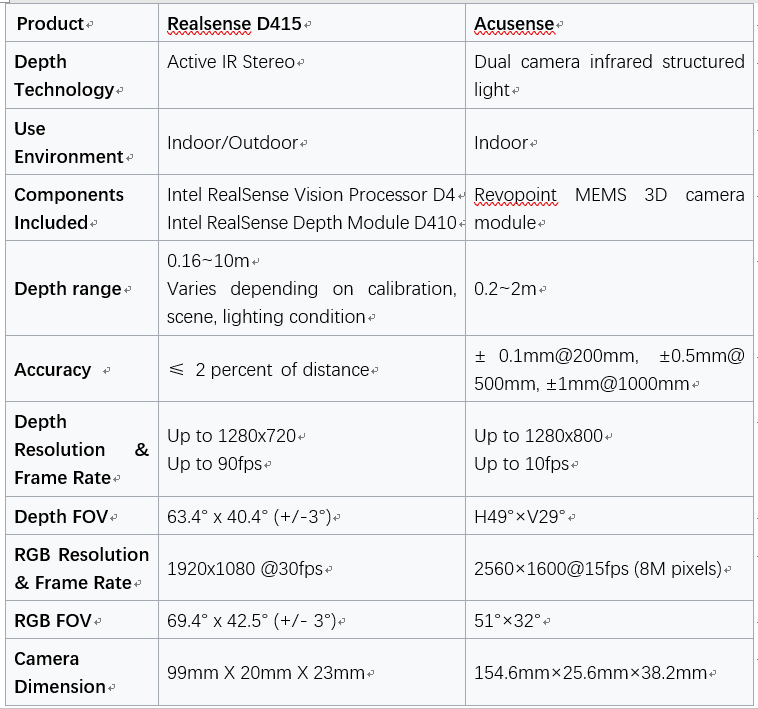 From the table above, it’s easy to tell the difference of the two cameras. Realsense can capture longer range and offer frame rate as high as 90fps, but the resolution and accuracy are low. For example, at a distance of 1 meter, the expected accuracy is 2.5mm-5mm. It’s a perfect tool to capture moving objects, for example VR/AR games, or object recognition. In contrast, Acusense offers accuracy up to 0.1mm, and 8M-pixel resolution. But the longest range it captures is only 2 meters, so it works well in applications requiring high accuracy at closer range, like bin picking, face recognition and 3D modeling.

Besides, both cameras come with free software and SDK. In terms of price, Realsense D415 and D435 cameras charge $149 and $145 respectively. The price of Acusense is not announced in public. But according to Revopoint, the price would be much lower compared with similar products.